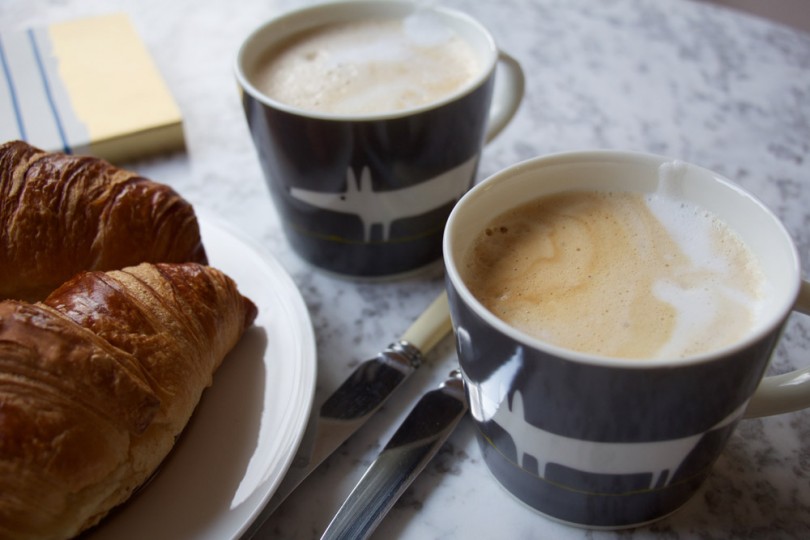 My other half gave us both a Gaggia Brera coffee machine on my birthday. It was an expensive version – but nowhere near the cost of buying a cappuccino every day. In our now-so-hip corner of North East London a latte is at least £2.50. That amounts to a staggering £1825 each year in takeaway coffee if we both had one every day. This simple calculation turns my birthday treat into thrift. We are quids-in, even with the most expensive fairtrade beans and organic milk.

I grew up with instant – jars of  Mellow Birds, and later, Nescafe Gold Blend or Kenco. Only on special occasions, such as Christmas, would mum bring out the percolator for ‘real’ coffee. Note ‘real’ not ‘fresh’ – the ground coffee had already been stored in a cupboard for several years. The percolator bubbled away on the stove, filling the house with a bittersweet and slightly burnt aroma. The children tasted it, pulled a face, and went back to their Dandelion and Burdoch.

An Australian colleague in my first design job introduced me to the iconic Bialetti espresso maker. It was the epitome of cool and I promptly invested in my own four-cup along with a packet of Lavazza. The late 80s were spent dressed in black, smoking Marlboro Light and dining in cheap Soho pasta bars followed with an espresso from the now famous Bar Italia. My love affair with caffeine had begun.

Nowadays you can’t move for artisan or ‘craft’ coffee. They differentiate their beans by using winemaking terms like single-estate and sea-levels. We are warned that once ground these precious kernels lose flavour so quickly it is a travesty to use pre-ground at all.  The Coffee Roasters even have a website with a who’s-who of independent roasters alongside taste descriptions, information on brewing and, of course, an online shop.

The British reputation for bad coffee was the result of rationing during WW2. With supplies cut off we imported the freeze-dried variety from the USA who refused to drink it themselves. The truth is that and coffee houses were so popular in 17th century England that they were nicknamed penny universities because of the stimulating conversations they facilitated for the price of a penny cup.

Caffeine has always been used as a stimulant. The 18th century French writer Voltaire reportedly drank ‘fifty to seventy-two cups of coffee per day’ in order to keep himself alert enough to write. Which brings me to all the reasons I should not be drinking coffee. Caffeine is top of every ‘foods to avoid’ list for menopausal women. While fatigue might make that second cup of coffee tempting the received wisdom is that it will make peri-menopausal symptoms like hot flushes and mood swings worse.

BUT, flying in the face of everything we’ve been told before, there’s been a recent U-turn on the health effects of coffee. The decision behind my birthday gift was partly prompted by a report in Medicine News Today that coffee may actually have health benefits. It lists positive links between coffee consumption and diabetes, Parkinson’s disease, liver cancer, liver disease and a healthy heart. An even longer list has been compiled by Jen Reviews: 36 amazing benefits (and side effects) of coffee – a balanced view based on science.

My philosophy is a simple one, a little of what you fancy does you good. I love a rich, creamy, nutty cappuccino first thing in the morning. The brewing ritual, the frothing of milk and sitting down together for breakfast helps set me up for the day and enhances my mood. It’s all about moderation. And knowing that we’re saving well over a grand a year in the process. 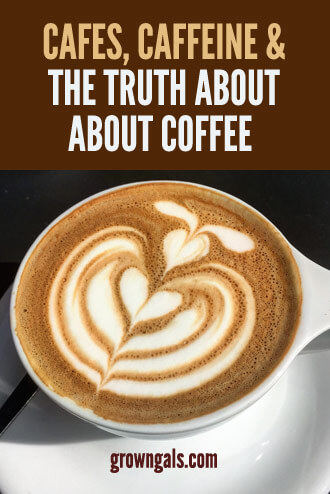