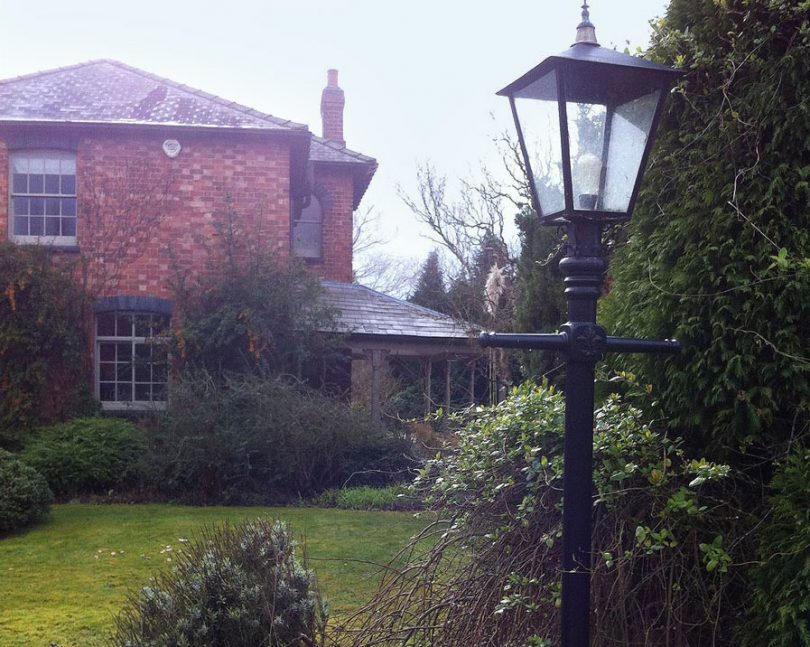 Have you ever dreamed of escape from London? Leaving the big smoke, the commute, the traffic and all the grey concrete of the city scape behind you. Well we’ve just done it. One month in, I reflect on surviving the process.

As far as I am concerned there was never a time when I would stay in London forever. I was a Rep actor up until my forties so I already spent half my life in the provinces. I was so practised at changing base when I was younger that I never bargained for the stress, anxiety – the real pain of moving my whole home again in my fifties.

Don’t for a minute believe that it will be an easy transition. I love a project and taking myself to the edge of my capabilities. What doesn’t kill you makes you stronger (except of course when it comes to the likes of bungee jumping or parachuting) but I thought this one might be the end of me. My emotional stability was seriously threatened. There were days I believed I would spontaneously combust.

Don’t stick a pin in the map and move without sufficient research into the area you are considering. We had to find the right property to satisfy the needs of three very different people; me (still needing to work on my voice training business in London), my partner (10 years younger and also self-employed), and my mum, a youthful 86. We travelled from Devon to Lincolnshire trying to achieve everything on our wish list – which included the potential for a future business (aka pension). We found a house that gave us everything on the list but we didn’t bargain for the RAF flight path above our heads. Nor did we imagine such a busy and populated village would not have a local bus service or even a reliable taxi service. Apparently the ageing villagers drive their dodgem cars until they drop! ‘They’ll hit you in the car park and not stop or even notice’ one local told me unprompted.

Conveyancing – I’ve done it before and it was awful – and some things never change. We sold very easily but the purchase had nightmare moments with our vendor sending emails that began ‘I am very disappointed…’ and my replies barely hiding my rising gorge starting ‘Let me be clear…!’ They left us a bottle of Peace Oil on the cooker.

Don’t believe that it won’t cost as much as it will. We are still hemorrhaging money daily. The local hardware shop stocks everything from fence paint to potato peelers and though it’s a more personal service, the truth is, even Homebase would be half the price. We also shop daily but we eat out or take-away every other night because it is the decorators who inhabit the house! Ebay and Paypal are still in business because of us.

And finally don’t think that your friends will help you to escape with approbation and enthusiasm. They will be fantastic on move day when they finally believe you are going. Before that expect a lot of negativity and quixotic looks as you try weakly to explain your motives for going.

The move is behind us now

Today is exactly one month to the day since we escaped to high-skied Lincolnshire; to a four bedroomed farmhouse with granny annexe, a very large garden, a paddock, a barn, two cats, a chicken and lots of wild rabbits. We love the space.

Downsizing it is not. That is what happens when you retire. We have been able to SuperSize (thanks to the financial lottery that is the London property market and living in the hipster paradise of E17) even though we moved to the boondocks to do it. Everything we purchase is preloved in the hope that our green card will one day be stamped by some understanding fellow tree hugger. For the moment we are doing the best we can for the birds and the bees – albeit late in our days!

Mother is happily ensconced in The Cottage with her feral cat Harvey who is enjoying killing tiny shrews and bright-eyed bunnies which he lays out for us like sacrifices. Mum loves the country and wants another go at having chickens and a dog! At 86 she’s overcoming her arthritic spine and pulling up overgrown ivy with purpose.

He works non-stop from Dawn to Dusk: chopping down conifers in the garden, burning them in the paddock, building new doors and cupboards, stripping fireplaces, painting and polishing.

His garage/workshop is the first version of his Man Cave. The real thing will come later in the barn.

The Land – last week I planted my first Mixed Native Hedge. Yes it should have been done last October but we didn’t move until March! Dolly the inherited chicken accompanied me around the paddock border while I planted. She is beyond egg laying and I suspect she is still in mourning for the rest of her foxecuted flock. 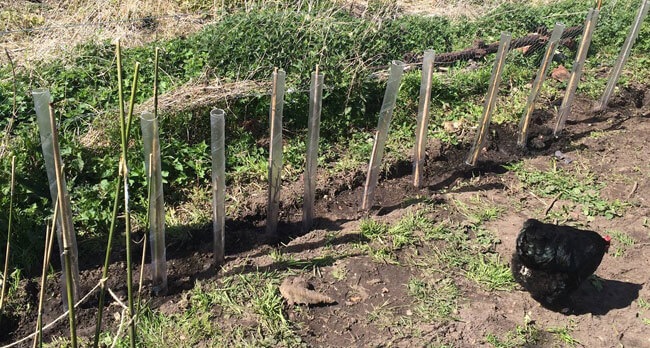 The Air is so fresh we’ve been in bed by 9 every night since we arrived. This is also because we are so active – pruning, hedging, ponding, as well as opening boxes of stuff – it is physically exhilarating as well as exhausting.

The Garden – I have a greenhouse (in need of some repair) but a real glass greenhouse. And I have raised vegetable beds to fill.

The Population – Lincolnshire has 80 people per square km. They are really friendly – perhaps because they need more friends! You might think we are lonesome but we are in a busy village near small busy towns and nearby Lincoln is a real historic city – a bit like Durham – it is even hilly!

Culture – I’m way ahead of the curve having already seen Eddie the Eagle at our local cinema. Lincoln with its student body has a good live music scene and is only half an hour away.

Shopping – In Budgens they sell half a Victoria sandwich cake (just like mum makes) for £1. It costs £2.60 for the cake so we do it in halves. The reason, I was told at the check-out, is that older customers can only eat a half cake and this way they sell more!

Restaurants – We have a great Indian Restaurant; a Chinese take-away that cooks fresh tasty food; a kebab shop and numerous local pubs we are happy to give our money to. Because of the nearby National Golf Course we get to overhear Italian, American and various other foreign accents over our pub grub. Yes middle class, yes middle aged, yes white but foreign.

Eventful moments – HE had the misfortune to lock himself into his van and six hours later had all but punctured the back doors to get out. Were it not for the couple feeding their guinea pigs at 10pm a field and a half away it would have been a cold overnighter. Thankfully they heard his cries.

To get him over the trauma I tell him that at least he didn’t have to cut his arm off. Cold comfort indeed.