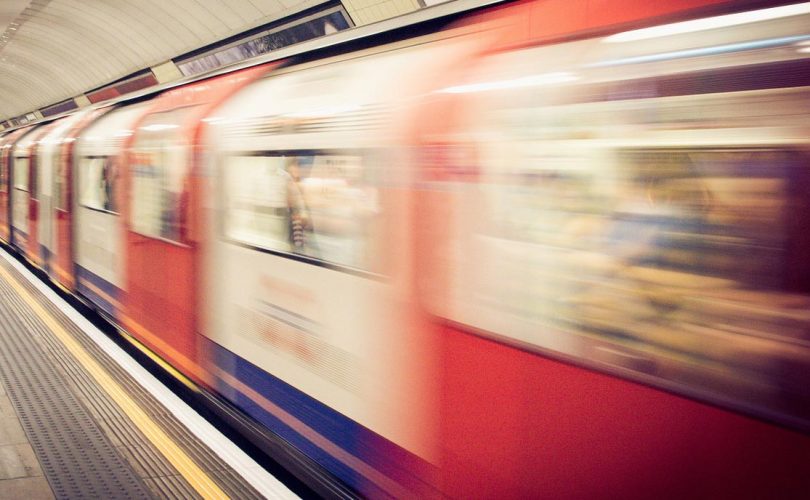 I don’t like tube travel and avoid it as much as possible. I am lucky. My studio is just a 20 minute walk from home; half an hour if I’m with my dog Ricci who likes to potter while she pees. I am cocooned in my own little world. I greet my neighbours and witness the changing of the seasons a glorious corner of Hackney. When, on occasion, I am forced into the depths of the London Undergound it is with a faint heart.

Last week I had a 9am meeting in the West End. This would have to involve tube travel. I prefer London buses but, in the morning rush hour, traffic is just too heavy. There was no way round it. I headed towards the underground with an hour set aside to travel approximately 4 miles. The first train was a relatively easy, though packed, Northern Line train from the Angel down to Bank. It was a squeeze and it was hot but no-one stood on my foot or elbowed my back.

At Bank station things began to get tough. As I approached the Central Line platform I was faced with a sea of people. A long line of passengers picked its way through the throng, single file, towards the exit, their train long since departed. I looked left and right along the packed platform and decided to try for the far end which I hoped would be less of a crush. I’d only gained a few metres when the next train pulled in. I stood against the wall, knowing I was too far back to get a look-in. I let another train go past and then another. By this time I had inched my way forward towards the yellow line but when the next doors opened there was no space to get in. Just one man pushed his way on, turning as the bodies absorbed him so that he could bend his head under the curve of the closing door.

Rush hour tube travel – every man for himself

My composure began to fail. Unless I caught the next train I would be late for my appointment. I examined the desperate faces around me as we juggled for position. When the next train came in we all hoped for the same thing – that the doors would come to a halt directly in front of us. I was lucky and I had a good spot. One passenger disembarked to let the others off. He was still on the platform as the waiting throng began to embark to his left. He pulled himself back on the train and I squeezed in behind him. I might have pushed.

I was on the tube, squeezed tight against the door. Looking at the crowd left behind I felt a mixture of relief and guilt. In those moments before boarding it was every man for himself. Humanity laid bare. Was this the exact same feeling experienced by refugees as they watch with horror when another boat capsizes. I’m OK. I’ve made it. It’s sad for them but I am safe.

The carriage was a cheek-by-jowl cross-section of London worker-bees. Smart suits and city heels rubbed shoulders with students and shop staff. The 8.45 am rush-hour commute is no place for the young, the old or the vulnerable. This is about the survival of the fittest and getting from A to B by any means possible. Everyone looks straight ahead, headphones in their ears, avoiding eye contact. No matter how contorted the position or how close the next person’s breath anonymity remains the goal. I was surrounded by hundreds of people but was completely alone.

When I emerged from the tunnel into Oxford Street I was shaken. My mind had made furious comparisons with cattle trucks and the whole sorry history of the twentieth century. This journey came shortly after Donald Trump’s electoral win. Perhaps I was being over-sensitive. But it seemed to me that I could see clearly how one group of people, motivated by self-preservation, might easily be encouraged to turn their backs on another. When we turn away from our brothers and sisters, when we start thinking about ‘us’ and ‘them’ we return to a path that leads nowhere I want to be.

Ten minutes later and it was all forgotten. If tube travel was my daily experience I wouldn’t even notice it at all. But there lies the problem – when do we stop noticing? 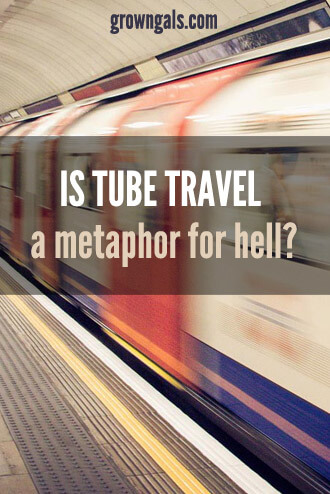