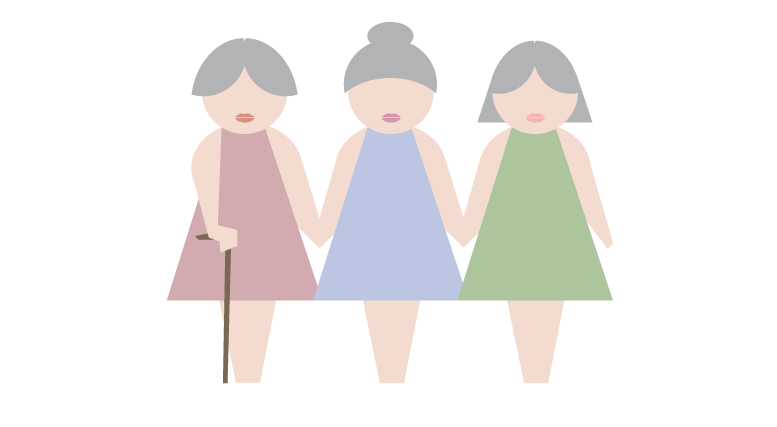 My mum worries because I am facing a childless old age. She lives in a care home (read more about that here) and I am largely responsible for her wellbeing. She can’t imagine how lonely life would be without her family or how vulnerable she would be without an advocate. She’s right. What will I and my single friends do? The short answer is that we will have to find ways to look after ourselves. But that is just the kind of thought that surfaces in the middle of the night and demands more careful consideration before I get another wink of sleep.

AgeUK have launched a campaign to raise awareness of the problem of isolation and loneliness amongst older people: ‘no one should have no one’ estimates that:

‘more than one million older people haven’t spoken to a friend, neighbour or relative for at least a month’.

This figure is set to rise. Between 2005 and 2015 there was a 23% increase in the number of people living alone in the 45 to 64 age group according to the Office of National Statistics. This is due to the increased birth rate in the 1960s and a high proportion of baby boomers who have divorced or never married. Some of my single friends have already described the loneliness that surfaces – for instance when they’re ill – and the realisation that no-one might notice, for a few days at least, if they died.

We might snigger about being eligible for an over-50s club but there are obvious benefits gained from creating friendships through mutual interests. In the last few years I’ve joined a gardening club and our area’s quite new (and hopefully ironic) Women’s Institute. Now, for the first time in London, I meet someone I know in the street almost every time I leave the house. When you start to engage with the community the rewards are not just about making new friends. There are several Grand Dames among the gardeners who, despite being the wrong side of 80, remain incredibly vital and alive. If old age is best navigated with an active body and mind they seem to have found the secret.

It might just be the wine talking but I’ve had more than one conversation with girlfriends about the idea of forming a ‘community’ of old biddies. We could pool resources, buy or rent a big house in the country and spread the cost of Netflix, carers and mobile hairdressing. It’s a business model already established in the concept of retirement villages but the idea of a DIY version where you get to choose your companions is very appealing. The concept lies somewhere between ‘Friends’ and ‘The Golden Girls’. Of course negotiating what happens when one of the gang deteriorates or shows signs of dementia needs to be considered but it’s got to be a lot more fun than being on your own.

One group of women have already done it. The Older Women’s Co Housing have built their own block of flats in North London. It took them twenty years but this video shows how wonderful the result is. Not all of these women were facing a childless old age but they could all see the value in living ‘together’.

Do children guarantee a happier dotage?

Of course not. There is no doubt that the joy of grand-parenting is an unexpected pleasure in early retirement and that busy modern families require grandparents to muck-in. But as grandchildren grow-up homework and school friends take priority and visits naturally decline.

Elderly couples can be quietly self-sufficient. They make do with very little from their loved ones: Christmas, occasional phone calls and Skype. This cosy companionship can make the isolation that follows the death of one partner all the more overwhelming. Grief and depression can block any motivation to make new friends. In this respects the childless are more resourceful and independent. Having already spent years filling up social calendars to avoid loneliness they might be better prepared.

There is no doubt though, that when health begins to deteriorate, local authorities rely on families to ‘top up’ social care. The Office for National Statistics reported:

‘61% of adult informal carers in the UK in 2009/10 were providing care to someone living outside their own household. Parents outside of the household were the main recipients of informal care’.

What this care consists of can differ enormously and depends on many factors including the proximity of family and their other commitments. The important thing that I’ve observed is that when an elderly person has an advocate their rights are more likely to be protected. Childless old age means depending on a social worker to negotiate your path through the care system.

I think our baby boomer generation will be altogether more demanding than our parents. We have been raised to be more selfish than current 80-somethings whose stoicism was honed living through WW2. I don’t see us slipping quietly into invisibility in the same way.

Ageing Without Children is a voluntary organisation already fighting to make sure that people without family support don’t fall through the gaps. It is estimated that by 2030 there will be 2 million childless over 65s. I am hoping that, by the time I get there, childless old age will no longer be the issue it is now.

It just makes me sad that we are not doing more for those who are vulnerable right now. Mum’s right – we all need a hug and a hand to hold. 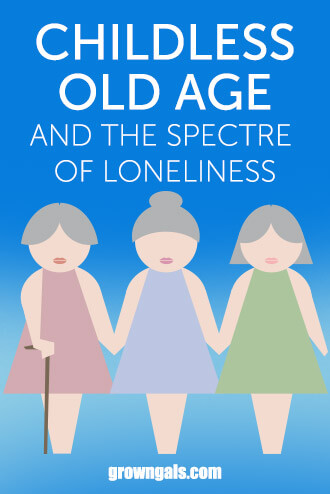