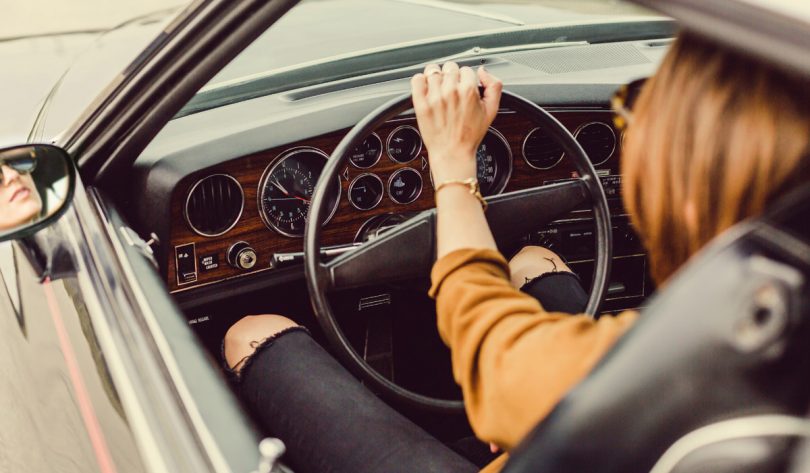 A lot of my friends are 30 plus single women. This post is about the things they’re getting right and how we can learn from them.

The single society is a new phenomenon. When I was a child it was all couples and families. I don’t remember my parents having any single friends. The expectation in sixties Hull was that everyone would eventually get married and have children. The odd ‘spinster’ in the community was regarded with pity or thinly veiled suspicion. But now a third of people over 16 in England and Wales live alone and have never married1. Over half the women in Islington where I live, are single. Even women in long term relationships are likely to outlive their men and spend quite a few years (possibly decades) on their own.2

I’d already been thinking about the dynamics of being single when I read ‘the power of one: how single women are reshaping the political language’ in The Guardian. The article was inspired by Rebecca Traister’s book All the Single Ladies. It looks at the growing political engagement of single women in the US who are living financially independent lives and demanding their rights to everything from equal pay to affordable homes. Single women are a force to be reckoned with.

Being single used to mean you’d been ‘left on the shelf’. That is no longer the case. Many women are choosing to live alone. They haven’t found someone they want to share their home with so they just get on with it themselves. A bloke, kids – it might all happen later but then again it might not. In the meantime women want their own space. It’s still not easy to be on your own. Quite obviously – it can be lonely. But, for someone like me, who’s been in the same relationship for 35 years, there is much to learn from from my single mates.

1. Be in the driving seat

This isn’t a sexist reference to women drivers, its about the active role that single women play in planning their social lives. In my experience they tend to ‘do’ more. Too many nights in front of the telly, eating alone, can be depressing. They fill their evenings instead with cinema, theatre, classes, volunteer groups, the gym. Weekends are planned with military precision. They cultivate a wide social network and pursue a variety of interests. They expertly juggle lots of relationships with friends, colleagues, family and the occasional romantic aside.

By contrast, couples fall into the midlife trap of routine – work, home, cook, telly, bed. Somehow companionship disguises the boredom. Our world shrinks and eventually we have no conversation, no new friends and life gets dull. I cannot count how many times I’ve missed an exhibition or film just because I never got round to making the time to see it.

Life is short. We need to live it. That means taking control of our free time and filling it with the things we want to do.

2. Look after number one

Single women seem to be better at prioritising their own needs. It might be that I am just particularly bad at putting myself first. But I know I’m not on my own – women have done this for generations. My grandmother used to serve the men their food first, then she fed her daughters and she came last. Single life means you make hundreds of decisions all by yourself; what to eat for supper, where to go on holiday, what time to go to bed. When you start to think ‘I’ instead of ‘we’ it is incredibly liberating.

Self-care is so important, especially in midlife. If we want to thrive and live long and happy lives we need to learn how to look after ourselves better. That means learning to indulge our needs without guilt. It’s not selfish, it’s survival.

When Sex in the City first appeared on our screens in 1998 it was a breath of fresh air. As the series developed we watched the four women move in and out of relationships but when we first met them they were all single thirty- or forty-somethings. Judging by their amazing clothes and apartments they were all well paid. We were drawn into their glamorous lives and thrilled to discover their insecurities but most of all we were entertained by Samantha’s insatiable appetite for sex.

Sex for the other three was rather thin on the ground. This is an important lesson I’ve learned from my single friends. Periods of celibacy are far more common and natural than any man would have us believe. Yes we all love sex when we want it – but we don’t need it when we don’t want it. I know women in their mid-thirties who happily spend half the year without scratching that particular itch. There it is. A good lesson for midlife women who might be dealing with a lack of libido or the same in their partner. It’s OK. Sex is not compulsory. It’s good when it’s good. When it’s bad it’s awful.

In an aside to this point Peggy Orenstein, in her book Girls and Sex takes a look at the sex that female American University students are having right now and concludes that it is largely for male pleasure, not their own. Somewhere along the line the pursuit of female sexual pleasure has gone awry. A New York Times review of her book, Sext and the Single Girl makes for hard reading, especially for mothers of teenage girls. Somehow the sexual liberation of women that was one of the feminist movement’s main goals has been derailed. We need to make sure all women, right across generations, are in control of their pleasure.

Carrie and her friends didn’t seem to have any family – no mothers or siblings to muddy the storylines. Of course most of us do have family, be it children, parents, siblings or in my case a husband and a dog. But single women know that their friends are also family. If their latest romance ends it is their female family that will be there to pick up the pieces. They nurture their friendships and prioritise them – a close circle of trusted friends will save tons on therapy.

It’s important to learn that we can choose our relationships. Not everyone is blessed with a loving and supportive family. If there are toxic relationships in your life stop investing time an energy in that direction.

In my experience single women are more generous than their cohabiting counterparts. They will lend their phone, their computer, even their car, if it will help you out of a hole. Their experience of life is largely on their own and they depend on a great many people for all kinds of little favours. These good turns are almost always reciprocated. The barter system goes back centuries and it’s not just single women who know this rule – mothers quickly learn the value of trading childcare for instance.

Couples, by contrast, can be judgemental, bitchy and even mean spirited – the gang mentality of the nuclear family. While always happy to receive a kindness they can be just a bit too busy to return them. Well I say what goes around comes around and we all need to increase our good deed quota.

It just might be time to do some balancing of the books. Treat that single aunt, who’s never missed a birthday or christmas, to a special lunch. Make her feel valued. Say thank you properly – not with a note. 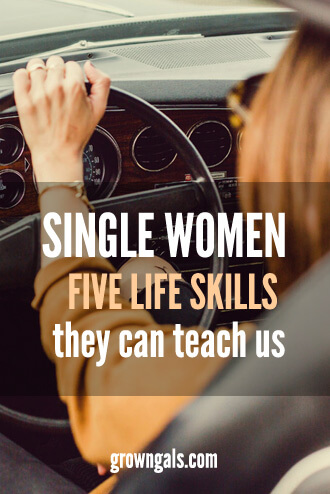