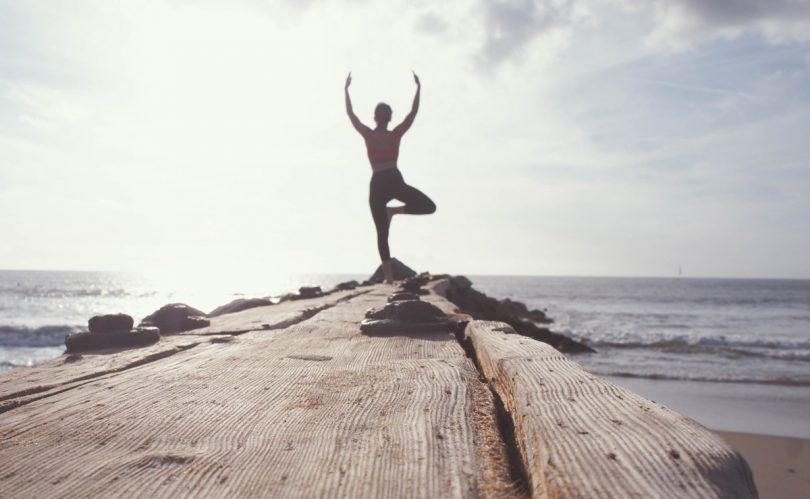 Until recently the advice for those with arthritic hips was to wait as long as possible before getting them replaced because the implants might only last ten years. I’m here to tell you not to listen to any GP who comes out with this line. Still in my mid fifties, I was considered quite young for a full hip replacement but the surgeon gleefully told me I was an ideal candidate. They would rather operate before your other joint has become damaged and your posture twisted from trying to protect the painful side. The younger and fitter you are, the faster the recovery.

By coincidence, my late dad was one of the pioneers of hip replacement technology back in the 1960s. I contacted his old colleagues for advice – and that’s how I heard about anterior surgery. Most hip replacements go in from behind, which means the surgeon cutting through the big muscle groups of the bum. With anterior surgery they go in from the front, with an incision just at the lower edge of the bikini line. The recovery is faster and the scar smaller, although the long-term prognosis is the same. “I’ll have one of them, thanks,” I decided.

You will probably not be offered anterior surgery at the outset. Few surgeons perform it because it is technically trickier and can only be used on patients who are slim and relatively fit. But you will find one if you do some research. I got myself on the waiting list for an orthopaedic surgeon recommended by my dad’s colleagues – quite a long list, but I decided to wait. I could still function, although my sleep was disturbed and I never went anywhere without my trusty pack of paracetamol.

The downside of anterior hip replacement surgery is that you need a general anaesthetic. With posterior you can have a spinal and some sedation, because they’ve cut through the muscles so there’s no risk of them twitching mid-op. I asked for the lightest general possible, and came round straight after the op feeling bright as a button. The biggest surprise was that I felt no pain.

“Are you sure they’ve done it?” I asked – but there was the scar, about 11cm long and coated in purple superglue. There was no dressing, no stitches, just glue. This ultra-modern method means the wound is closed from the outset and there’s no infection risk. You can shower straight away and don’t need any dressing changes. Highly recommended!

Next morning a physio arrived with some double crutches and got me up to walk. At first it felt as if one leg was longer than the other. This can happen, but in my case the sensation was attributed to something called Trendelenberg gait. Sounds like a place in Germany, but in fact it means that my muscles were weaker on the operated side from all the months of pain, causing me to limp. It should pass in a few months, quicker if I’m diligent about doing the exercises.

I was back home two days after the op, striding along on crutches. I made it a point of honour to go to a party the next day – although I didn’t lead the dancing, safe to say. You’re not allowed to bend your hip at more than 90 degrees, so you need help putting on the compression stockings you have to wear for four weeks. I figured out my own balletic methods for getting knickers and shoes on and off, and picking up things I dropped on the floor.

Still there was no pain, which seemed odd considering what had been done to me. “It’s a sign of a good surgeon,” the physio told me. “The clumsy ones cause collateral damage in the wound site, but yours went in and out cleanly.” Thank god for that!

I had been told to use crutches for four weeks, but when I started forgetting them I knew I was on the mend. Past the four-week mark I didn’t need them at all. Some people take longer to feel steady. It’s an individual thing, although doing the exercises definitely helps.

I’ve heard some hip replacement patients complaining that their operated thigh is twice the circumference of the other one, but I took a herbal anti-inflammatory remedy containing turmeric, frankincense and black pepper and found no difference in girth.

Seven weeks on, I’m pretty much back to the hip movement I had a decade ago. I can run, swim and dance (as badly as ever). It’s a miracle not to have that grinding, ouchy pain deep inside the joint. If you’re hesitating over having a hippy yourself, just go for it! You’ll never look back.

“Any positions you don’t recommend?” I asked the surgeon at the six-week check-up. In the back of my mind I was wondering about sex but didn’t like to ask.

“Do whatever takes your fancy,” he said with a twinkle, as if reading my thoughts.

Gill Paul’s new novel Another Woman’s Husband, about Wallis Simpson and the death of Princess Diana, is published by Headline. You can read about this and her other books at gillpaul.com.

GrownGals is thrilled to have bestselling author Gill Paul as a guest contributor. She embodies what GrownGals is all about – a sassy, spirited and clever woman living life to it’s max. You might also want to read her previous contribution, extolling the health benefits of year-round swimming: winter swimming: an exquisite madness.