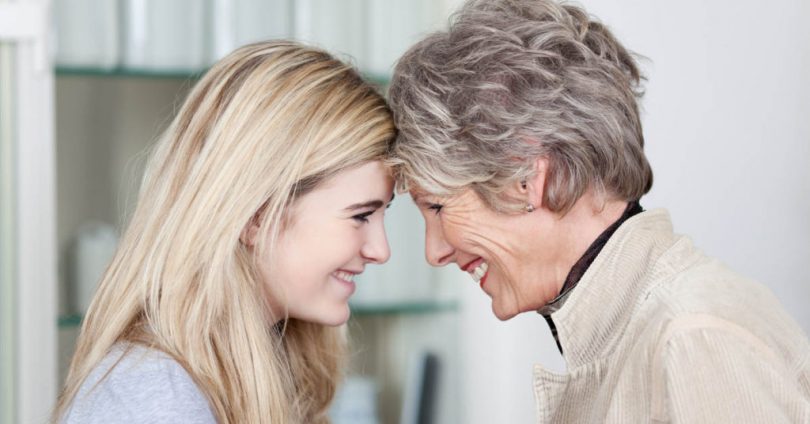 In a previous post I wrote about some of the ways I was actually wiser at 18 than I was when I supposedly “grew up”. But don’t be fooled, there were plenty of things that I’d like to go back and tell that carefree 18-year-old. I could probably come up with 100, but since I’m not actually speaking to my 18-year-old self, I’ll hold myself to 10.

1. You are so beautiful

I was an awkward-looking pre-teen. I hit 5’7″ age eleven and gained some puppy fat around the same time. It made me feel like a lumbering bear next to my tiny, skinny, cute friends. The self-image I formed lingered long after the facts no longer supported it.  At 18, I still honestly believed I was the ugly friend and now, looking back at pictures of myself with my friends, I see a young beautiful girl. We were all so young and pretty and I bet none of us knew it.

115 pounds is not a realistic goal weight for a normal 5’8″ girl. Models were shorter then, which actually wasn’t a good thing for me. If they had looked like 6’0 Elle Macpherson, who came along a few years later, I would have immediately considered that look unattainable and not even tried, but Christie Brinkley is 5’9″ and so trying to look like her seemed, at the time, like a reasonable goal. Her pictures were all over my wall and I would regularly try to make “model” weight, but my body didn’t want to go that low. I weighed 125 for God’s sake and thought my life would be perfect if I just lost 10 more pounds.

3. Learn to cook and eat healthy

In my last post, I talked about my guilt-free eating and I wouldn’t change that for the world, but the truth is I mostly ate crap until well into my 40s. I was raised by a traditional southern cook who believed a vegetable wasn’t cooked until it had been boiled so long it hung limp and submissive from your fork. I mistakenly believed most vegetables were bland and disgusting (and fried chicken was invented by God to show us we were loved.) It took me years to retrain my taste buds and to learn how to cook things like roasted brussel sprouts (also invented by the Lord, it turns out.) I would have loved to have gotten a jump on that process.

The joys of being broke because you spent all of your paycheck on an awesome concert. I also know the pain of the broken down car that you don’t have the money to fix. The misery of the credit card debt that you can’t pay off. The envy when your friends start buying houses and you still live in a shitty apartment. Moderation is a good thing, people.

5. Don’t let others define you

I am my parent’s daughter, but I didn’t have to live my life according to their expectations. Or according to the expectations of any of the many people in my life at the time who thought they knew what was best for me. I honestly did not know this then and this is my biggest regret.

6. Figure out what you want

Maybe if I’d spent a bit more time thinking about what I wanted out of life without filtering it through the eyes of the people around me, I would have had more strength to follow my own path.

7. Start caring more about other people

Whenever I spoke with another person, all I thought about was what that person was thinking about me. Do they like my hair? Do they think I’m fat? Am I’m being witty? Do they like me? It wasn’t until I was much older that I took the time to really look at the person I was with and wonder if they were hurting or if they were having fun or how their day had been. The moment I started doing that my conversations became so much richer and satisfying.

In my senior year of high school, I took Beginning Ballet classes with my friend but quit because I thought it was “too late for me”. And I suppose it was too late for me to dream of becoming Misty Copeland. But, the truth is I quit ballet because it was uncomfortable and hard and I didn’t like feeling bad at something. Thank God I’ve gotten over that; I’m happily bad at many things now.

In my lifetime, I’ve owned exactly two bikinis. Once, when I actually hit 115 pounds for about two weeks one summer and once in my 40s when I had a “fuck you I’m going to finally wear a bikini” moment. If I could do it over again, I would wear only bikinis. They are so much easier!

Hair perms are the ultimate bad boyfriend. Every time you think it’s going to be different and this time things will work out, but it’s never true. Don’t believe the lie of the perm.

How about you? What would you like to tell your 18-year-old self? 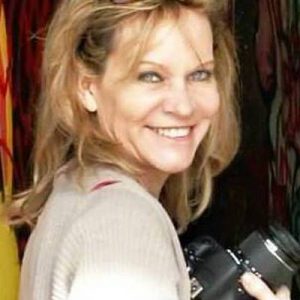 Katy Kozee blogs at Midlife Rambler, where she writes about life as a new empty nester. Her blog focuses on topics such as finding a new identity now that the kids are gone, forging a new relationship with your grown children, making smaller dinners, and learning to use your new free time. She and her husband live in Atlanta, Georgia with their two dogs who rebuff her attempts to turn them into substitute children.