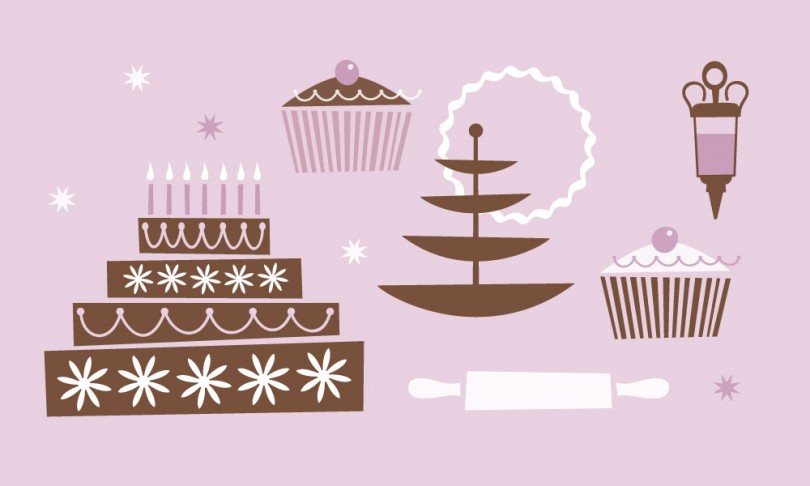 Though I love it, there is a bit of me that still thinks the Women’s Institute can’t be cool. Can it? There are some edgy branches out there – the sassy Shoreditch Sisters and the Dalston Darlings are our neighbours – but our wedge of North East London is just that bit more mature. Less hip – but not quite hip replacement.

The Women’s Institute is having something of a moment. Membership in urban areas is growing and new branches have been overwhelmed by queues of young women (and not so young) wanting to join. The WI celebrated it’s centenary in 2015 and the resulting press coverage has put it back on the map. The timing couldn’t have been more perfect. Austerity England has been inspired by make-do-and-mend and The Great British Bake-off. Women want to relearn the crafts and skills that 70s feminism turned it’s back on.

The rumour is that the newer branches (including ours) are reinventing the Women’s Institute. The new branches are a bit more tongue-in-cheek and they drink wine as well as tea. Meetings are busy and exciting with inspirational speakers and have-a-go workshops which include everything from hula-hooping to belly dancing.  In the summer there’s a Tea and Tents camping weekend with a festival atmosphere. Last year, for the first time, the WI served tea and cake at Glastonbury. It’s a long way from my late mother-in-law’s monthly quizzes followed by a slideshow of someone’s cruise.

Strangely, though, I think it’s still the traditional stuff, the knitting, the baking, the crafts and community events which are the most attractive. Part of us yearns for simpler times and becoming absorbed in a craft or activity is it’s own therapy. We crave something separate from work and responsibility – an opportunity to relax and recharge away form our smartphones.

My own relaxation method is gardening because I can lose myself completely in the moment. Switching-off doesn’t have to mean lying on the sofa watching soaps. The kind of creativity the Women’s Institute inspires is hard-wired into our female DNA. Women have been doing these things for hundreds of years and getting a chance to explore it is liberating.

A few press headlines have read ‘its not just jam and Jerusalem’, and of course it’s not, but that is still a big part of who we are. My branch started making marmalade this year and we have plans to preserve and pickle our way through the seasons – it will all go to help with fundraising. It also fits in nicely with one of our national campaigns against food waste.

Our March meeting was a singing workshop and yes you’ve guessed it, Jerusalem was the song we sang. Whipped into shape by a classical singer and conductor we progressed through breathing exercises and humming and our small voices gradually grew louder. Not many of us would have sang alone but together we were fearless, joyful and a heavenly choir.

A place to get together with other women who are like-minded is just wonderful. The Women’s Institute is an opportunity to build genuine friendships. Our sisterhood is increasingly important in a society where more and more women are living alone, either by choice, divorce or widowhood.

In just a few years our small branch has developed a range of sub-groups where members meet monthly in one another’s homes. They sew, talk about books, make jewellery, knit and organise theatre, exhibition and walking trips. If loneliness is one of the biggest problems that modern society is face the Women’s Institute is providing a model solution. Perhaps we need a Men’s Institute too?